Workforce Career Readiness™ is pleased to announce the "Class of 2022" 100 High School Students America Needs to Know About™.  These students demonstrated perseverance by rebounding successfully from the challenges of the last two years. This year winners reflects the best in regional excellence. But most of all they are making a difference in their schools, communities and the lives of others.

Read more about their amazing regional winners below. As a global student that has lived and schooled in 3 continents (Africa, Europe & North America), Jyotika has developed life skills, values & a global mindset that no regular curriculum could offer. She is a junior in the National Honor Society and also enrolled in the full IB Diploma Program. Jyotika thrives every day, especially when faced with new challenges. Jyotika is a volleyball player in her local volleyball club and a pianist that performs through her school’s Piano Conservatory program. She is also a student ambassador in her school.

Aside from being an exemplar student in her academics, Jyotika is invested in several extracurricular activities. She is currently the co-president of the National History Day club and the HOSA (Health Occupations Students of America) club, as well as the co-editor-in-chief of her school’s newspaper. Jyotika has placed numerous times both regionally and state-wide in History Day and HOSA. Her distinct writing style has won her several awards ranging from placing multiple times in the Wordsmith Writing Olympics and Scholastic Writing Awards to being published in “A Celebration of Poets” and her school’s annual magazine, the PRISM.

She brings a unique perspective on the inclusivity of women in society, with a special focus on women in STEM from both developing and advanced countries. She coaches the middle school robotics team for national competitions such as FLL. She is also a member of her school’s CubeSat team purposed to compete in the “Build a CubeSat Challenge” competition, which is sponsored by the Society for Women Engineers and MIT’s Lincoln Laboratory. She has also participated as a delegate in Model UN conference in the past two years. Jyotika has participated in a program for talented youth (PTY) at a top ranked university and also completed a precollege program. Having moved around the world, Jyotika leverages her life skills that she has learned such as embracing different cultures, adapting to change, and, most importantly, being resilient to achieve everything that she is deeply passionate about.

She is passionate about learning and dedicated to promoting diversity, inclusion, and sustainability in her community. Vanesha has strived to leave this world better than she found it by initiating and leading change from a young age. At the age of 10, when she noticed girls in India were not given the same educational opportunities and instead did chores at home, she was appalled. She knew awareness and help was needed. Later when she came back home to Seattle and noticed her mother helping various homeless shelters and foster homes, she realized disparity and lack of opportunities continue to persist globally.

She thus took it upon herself to co-found a nonprofit initiative called Joys of Giving (www.joysofgiving.org) focused on a vision of educational equity and fighting gender disparity in STEM fields based on her own personal experiences. Later during the recent pandemic, she realized kids in her school did not have access to free lunches and if they did not know what’s their next meal, how can they focus on education and skills? Thus, bringing awareness and fighting youth hunger also became part of her nonprofit initiative. Over the last few years, with 5+ large scale baking fundraisers, 25+ STEM workshops, 500+ meals to homeless shelters she has helped raise $20,000 and volunteered over 1200 hours impacting 1000+ youth globally.

She also volunteers in other nonprofits as a STEM instructor for young girls and as a summer counselor teaching girls math skill and has touched the lives of 200+ girls in the last few years. She gained inspiration to fight gender disparity when she noticed that her love for Legos and building structures were not looked upon favorably when she walked into her first class of robotics. She felt underdressed in a room full of boys but she persisted to continue her passion. She has won several accolades and qualified for the World Championship in 2021. She now spreads the passion of robotics by teaching girls engineering concepts through her nonprofit and volunteers in her school district as a referee and judge in competitions.

Vanesha has been elected board member on 3 clubs in the school campus. She has been recognized with several accolades that includes: Diagnosed on the autism spectrum since the age of four, Shelby demonstrates qualities that makes him a student America needs to know about. He knows all the statistics about WWE wrestlers since 2000 and enjoys experiencing and learning about nature which he uses as a tool to self soothe as that he is diagnosed with anxiety. He enjoys kayaking, kite flying, walking, gardening, cooking, collecting pinecones, river/water bodies watching and going to the museum.

As the child of parents who believe in community, Shelby has shown himself a unique helper with his mother's thyroid awareness organization by helping to set up at health fairs and other community events. Additionally, he assists with his mother's indie science author events helping to share information about invasive species in his local community. Though not especially athletic, Shelby enjoys bowling, playing soccer and is a former special needs dancer.

In addition, Shelby was a member of National Junior Beta Club in the 8th grade and an A/B Honor Roll student during his 6th grade year. Shelby is the Classic Diamonds Pageant 2021 Valentine Diamonds Online Pageant King. In the PAST two years, Daisy has excelled in her health Occupation classes and college classes here at Braxton County High School.  She has carried a 3.5 GPA and above while working a job after school and on weekends. She has completed a total of 28 college credits.

Daisy is accepted into the college of her choice and is currently working on completing requirements to enter their nursing program. Daisy changed her job this year and obtained a job at our local nursing home where she has completed the requirements to test for a certified nursing assistant. Daisy plans on working as a nursing assistant while attending college to become a nurse.

She has a kind heart and loves working with the elderly. Daisy is going to be a fantastic nurse. Isabelle is an honors and advanced placement student who not only holds a 4.0, but is a role model and leader for her school and community. As a high school cheerleader, softball player, member of the school theater, as well as elected to the Yearbook Staff, she is actively involved in her school.

Her volunteer work started at the young age of 8, when she started "Crafts By Kids For a Cause" creating ornaments to raise funds for cancer research. Since then, Isabelle has found way to creatively serve others in need with her talents such as painting, blanket making for the Humane Society, and learning how to create sleeping mats for the homeless from plastic bags.

Isabelle has created a regional initiative through her platform "Hands Healing Hearts", which helps to educate youth in ways they can use their own creative talents to serve others. Currently, Isabelle is raising funds by face painting, and collecting items to create "Take Care Bags" which are filled with personal hygiene items for female youth in need. These bags are distributed to elementary schools in the state of WV, to students who lack self-care items.

Recently, Isabelle was awarded a Certificate of Achievement by the Governor of West Virginia, for "going above and beyond to promote the importance of volunteerism to the youth within her community and the Great State of West Virginia".

Thank you to our sponsors! 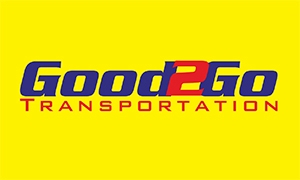